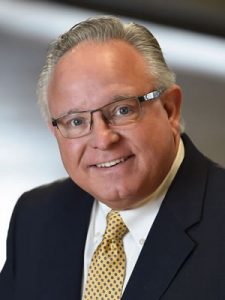 Neal’s career started in the insurance, investments and commercial real estate business after graduating from Baylor University in 1982 with a B.B.A. in Entrepreneurial Studies. He received his Law degree from Louisiana State University in 1993, where he was near the top of his class and a published member of the Louisiana Law Review.

Neal has extensive consumer law and family law experience. In that capacity, he has been giving financial advice as an integral part of his practice for twenty years. Recognizing the detrimental impacts of divorce, he has served on the board of directors of ANTHEM Strong Families, a federally funded non-profit that seeks to enhance family stability in underserved communities in North Texas.

Neal has been married to his wife Lea Anne for 34 years. They live in McKinney, Texas where they raised two sons. Neal is a private pilot, is involved in his local church, and has served on the City of McKinney Bond Issue Advisory Council and the McKinney Board of Adjustment.

He has been an Investment Advisor Representative (IAR) since 2013.  Because he regularly gives financial advice to his divorce clients, he has also achieved the Certified Divorce Financial Analyst designation.   In his family law practice, he has seen firsthand how the lack of understanding of finances in a divorce has a dramatic impact on outcomes.  His goal with Second Saturday is to make certain the decision to divorce, or not, is well informed. 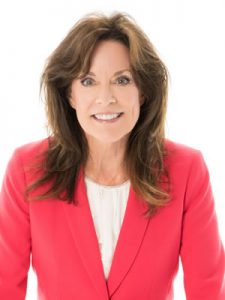 MHQJW, LLP is a Frisco, Texas-based law firm that focuses on Family Law Matters.  MHQJW, LLP has over 100 years of cumulative experience.  Deborah Mackoy is the “M” in MHQJW, LLP has practiced in Denton, Dallas and Collin Counties in north Texas since 1996 and focuses her practice on family law litigation and mediation.  The majority of Deborah’s family law practice involves divorce and child custody matters.  As mentioned, Deborah’s practice also includes a thriving mediation practice and Deborah is committed to finding a peaceful resolution to her client’s issues and turning to litigation as a last resort.  Deborah is a seasoned trial advocate and provides her clients with a frank assessment of possible outcomes at trial, taking into consideration the application of their specific facts to the current state of the law.  This information is vital to the client in helping them chart their path through the litigation process.

Deborah graduated  Suma Cum Laude from the University of Texas at Dallas and received her juris doctor from Southern Methodist School of Law.  Deborah has been active in the legal community, serving as a past President for the Frisco Bar, member of the Denton Bar Association, the Texas State Bar, the State Bar of Texas Family Law Section, is named a Life Fellow of the Texas Bar Foundation, a Life Fellow of the Collin County Bar Foundation, and a Fellow of the State Bar College of Texas.  Deborah is licensed in both Texas and Missouri and in 2014 was admitted to practice at the Supreme Court of the United States. Deborah has been selected Super Lawyer each year from  2013 through 2020 and was named one of the top 50 Women Super Lawyers for the State of Texas by Super Lawyers. 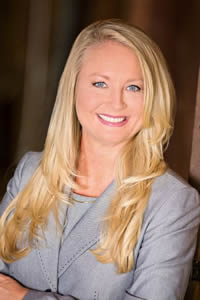 Laura Jones has been representing clients throughout North Texas since 2011. Laura’s legal practice is devoted to family law, probate, and estate planning, with a focus on divorce and child custody matters. Laura is committed to providing clients with strong advocacy, while also providing an honest evaluation of the facts and legal options to help guide clients through the difficult process of litigation.

Laura is active in the legal community and maintains memberships in the Family Law Section of the State Bar of Texas, the College of the State Bar of Texas, and multiple local bar associations. Laura is dedicated to excellence in professionalism, ethics, civility and legal skills, and currently serves on the board of the Curt B. Henderson American Inn of Court in Collin County. Laura has been recognized in the Texas Super Lawyers Rising Stars list for 2019, 2020, and 2021, and is part of the 1/3 of 1% of Texas attorneys elected as a Fellow to the Texas Bar Foundation. Laura has provided outstanding contributions to the delivery of legal services to low-income Texans, and was recognized as a member of The Pro Bono College of the State Bar of Texas in 2015.